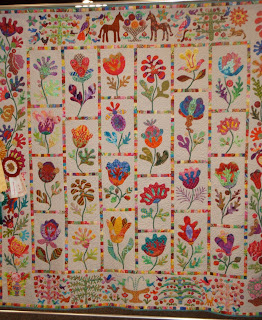 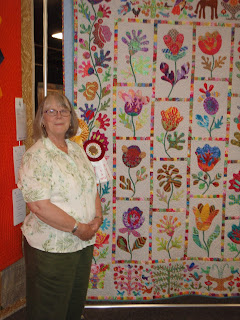 Just arrived home from the SA Quilter's Guild presentation night and I can report that Sheila won 3rd prize for her Flower Garden quilt in the Predominantly Applique category, 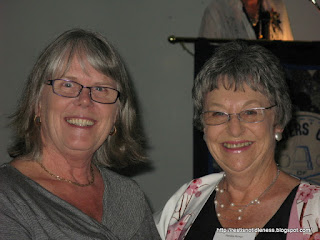 and also the Amateur Encouragement Award for her Flower Garden quilt, to say she was gobsmacked is a slight understatement.  Yay Sheila, you go girl. 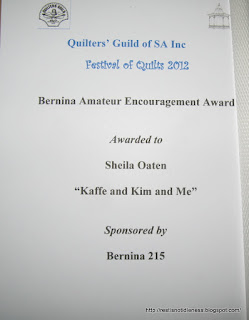 I fiinished the two blocks I took to New Zealand a while ago, 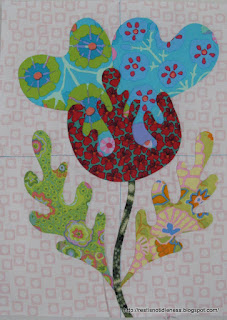 and also finished off another two blocks. 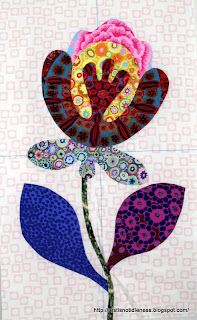 they are all trimmed up, ready to be sashed 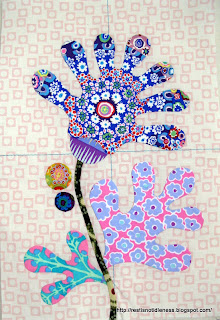 except this one below
I will need to make another one as,
I didn't measure properly when I trimmed it (sob) 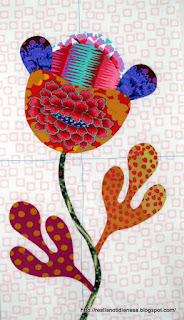 ah well, it will make a nice cushion
and give me the opportunity to practise
my free motion quilting as well.
Posted by Pip at 3:38 PM 4 comments:

Email ThisBlogThis!Share to TwitterShare to FacebookShare to Pinterest
Labels: Flower Garden
Newer Posts Older Posts Home
Subscribe to: Posts (Atom)
If you are a shop owner wishing to purchase Kim McLean's patterns, I suggest you visit the Glorious Color website and make contact with Liza Prior Lucy the shop owner.