I had hoped to complete all the blocks before the end of 2012, but it didn't eventuate.  I'm hoping to make the last three blocks by the end of February, then it will be time to start work on the bottom border again, the coral tree is partially done, the fountain is complete and I think one other tree as well. 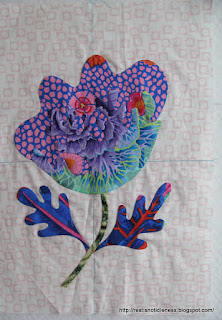 There are some new Kaffe fabrics out so of course I have bought some to use in my quilt, despite my best efforts I still end up buying fabrics in the blue and purple colourways, must try harder to purchase other colours.  (or perhaps must try harder not to buy fabric) 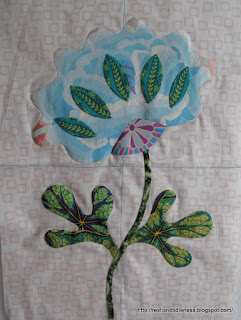 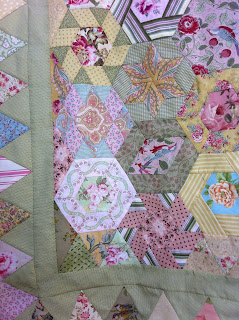 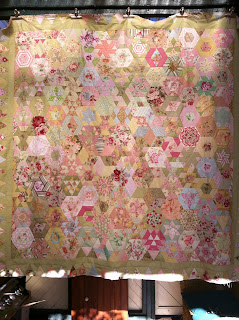